We love our pilots! To celebrate all the hours and hard work they put in to both our medical and charter flights, we’re sitting them down for a question-and-answer session. For this Pilot Q&A, meet Mark Jensen!

CSI: Why did you choose to fly with CSI? 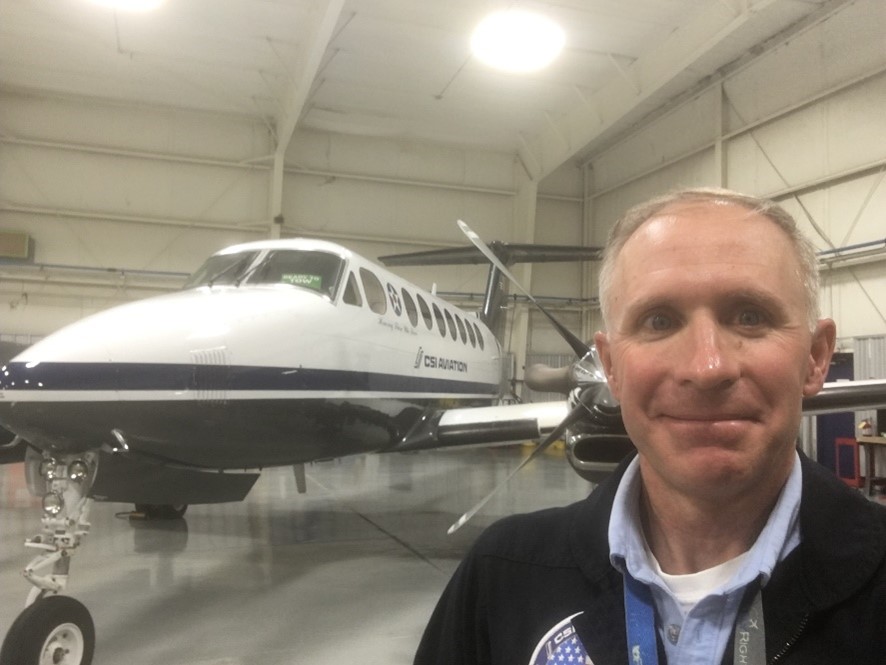 Mark Jensen: I chose to fly with CSI because I wanted a great start to my career. I have been flying for 25 years, but only recently decided it was a good time to pursue a dream to fly commercially. I am so happy to have been able to reach one more of my life’s goals.

CSI: How long have you been with us?

CSI: What is your favorite story to tell about your flying experience?

MJ: Having flown for 25 years, I have a lot of stories. I believe most of them are somewhat true! Kidding aside, one of my favorite stories is how I ended up making the decision to go commercial. I was in a completely different career, having worked in that industry for a number of years. I had been wondering what will be my next move. Over the years, I have consistently liked to challenge myself every few years and had reached that point. I worked out in the oil field doing testing and solutions to keep oil and gas wells running smoothly. While out there, on a beautiful clear day, I would look up into the sky at a jet painting a contrail. I would say to myself: That’s where I would rather be.

A little later, my wife suggested a movie to watch together. I was excited to hear it was a movie about aviation. It was the movie: Sully. As my wife and I watched it, I found it interesting how it affected me. Even though I knew the ending, it still made an impact on me. In the movie, the aircraft hits birds just after takeoff and has dual engine failure. Most people know the story, but I found myself pulled into the cockpit. I found myself working the problem with the flight crew. I found myself remembering system knowledge coming back to me from my college days 20 plus years ago. I had systems training for a Boeing 757 & 767. So, I had originally gone to college to become a commercial pilot, but had decided it was too expensive. I did obtain my pilot’s license at that time and had many experiences as a private pilot. Back to the movie: Ultimately, I found myself being a pilot in the cockpit with the crew and working a problem. Although the aircraft was different than I have ever flown, at that moment, it didn’t matter. I had training and I was going to find a way to successfully overcome the situation.

A week after watching the movie, my cousin called me out of the blue. We haven’t talked much over the years, but he obviously had an agenda. As we talked, he asked what I was doing. Then, very quickly, he started in to how if I worked hard, I could become a flight instructor and work at his school. I was wondering why he was thinking about all that. Come to find out at that time there was a big hiring movement at the airlines. He thought it was a great idea for me to switch careers. I had no idea what had changed, but once I found out, I became intrigued. The dream that I buried years ago, started to resurface. Could it be? Well, I looked at my options, talked it over with my family and made the decision. I am so glad I did. It was certainly not easy, but oh so very worth it! 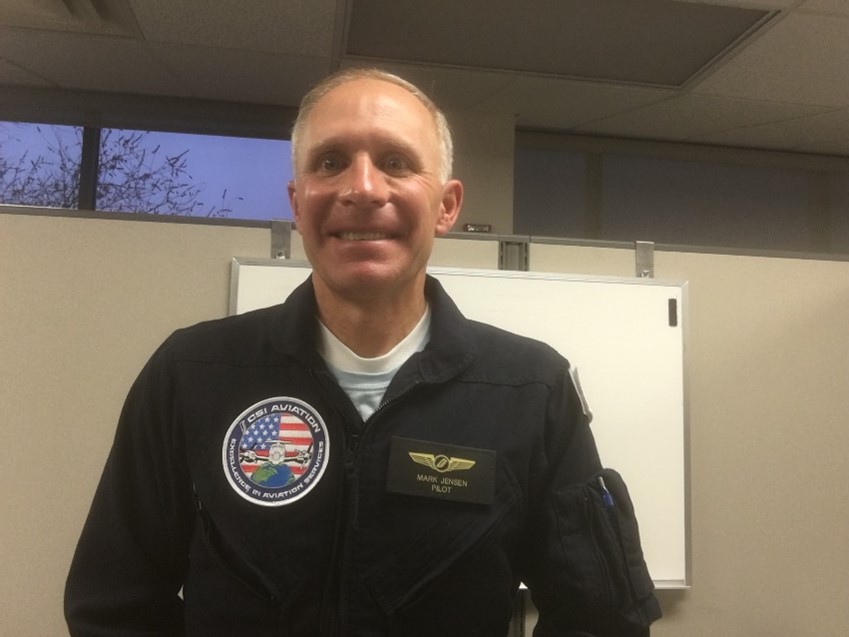 MJ: That there is more to life flight, air medical transport and air ambulance than just helicopters. People don’t realize that there are medical needs that require people to be transported farther distances than the nearest hospital. Once I explain that to them, their minds open up to a whole new view. I love it, it gives me a great chance to talk about CSI and what we do.

CSI: What is your favorite type of aircraft?

MJ: Bush planes. Big flaps, big tires and big props. I really enjoy the backcountry and being up in the mountains. Being from Idaho and Utah, there are many opportunities and places to go using an airplane. I also enjoy the challenge of finding and using the maximum operating envelope of the airplanes.  I have owned one for several years, so I have a lot of stories with that. And of course, all of those are true!

MJ: 532AW is my personal favorite. The performance every time I fly it is always so satisfying. The ride is good, the climb and speed are fantastic, it’s well equipped and the crew enjoys flying in it. All that adds up to a great experience.

CSI: A fun fact or two about yourself you want to share?

I think I probably already answered this question above. I will say though that I first owned a portable GPS back in 1997. It was a Garmin and most people hadn’t even heard of GPS at that point. I already could see Garmin was a standout in the industry. Now if had been a Garmin investor instead of a Garmin consumer…